Having enjoyed watching a series of videos on YouTube, I have been inspired to have a go at building a quad copter. I hope to include here some notes that will act as a reminder for myself. If anybody else decides to try this, please don't rely on this information alone, but please do your research.

This seems like a good place to start. If this bit can't be made to work, then nothing has been wasted on motors, batteries ESC's etc.

Rather than build an entire transmitter, an old DigiFleet transmitter will be gutted and used for the housing, control sticks, knobs and switches. 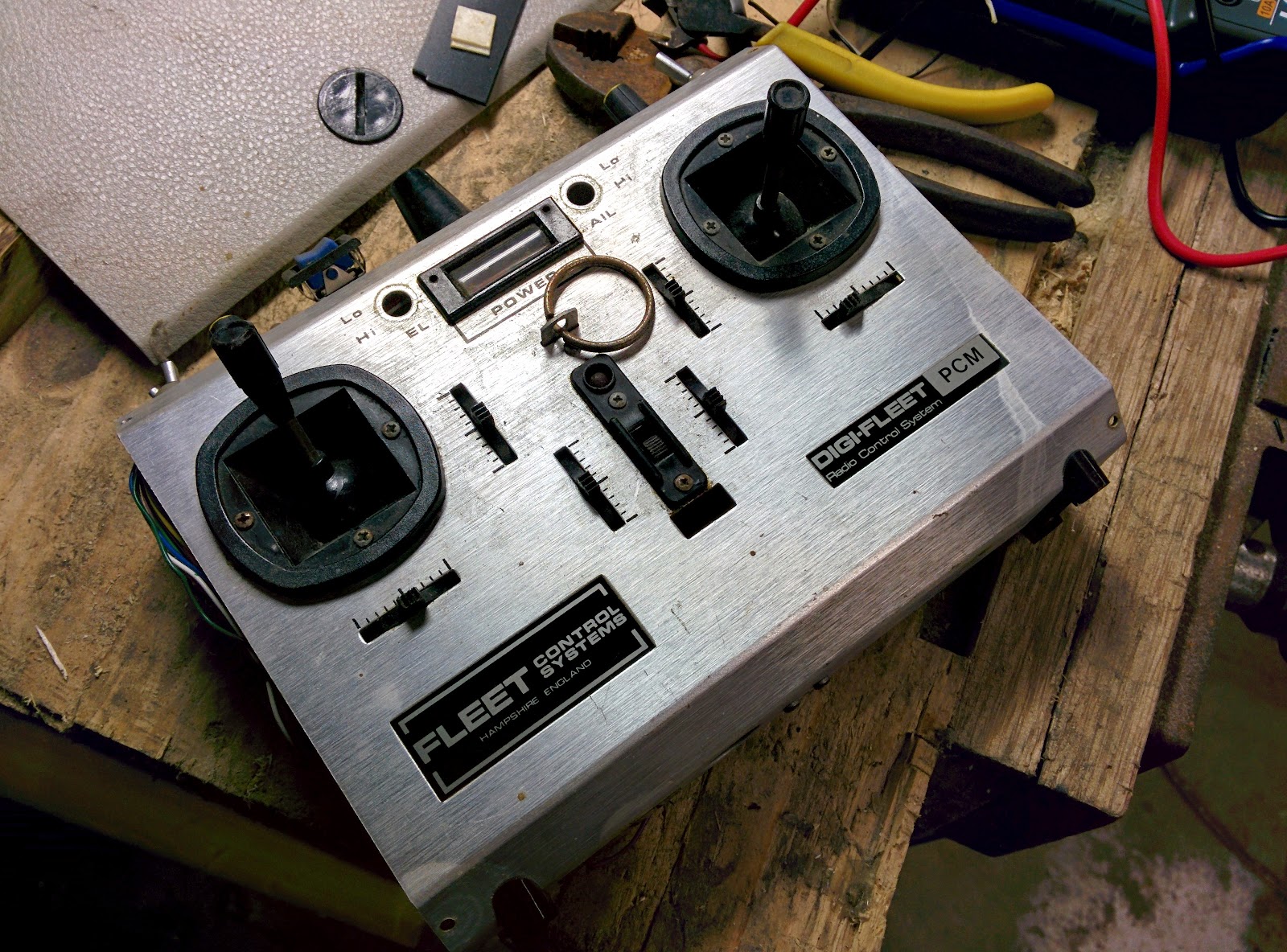 I had been hanging onto this transmitter, thinking that I would use it someday, but in the meantime, the NiCAD cells had spilt their guts and pretty much wrecked the circuit boards inside. So nothing was lost by tossing out the control boards, to make space for an Arduino. At the same time, all the parts were removed to give everything a good clean.

Some parts were ordered from Banggood to get started on the radio. An Arduino Pro Mini to use as the reciever, and Arduino Leonardo for the transmitter, and a couple of NRF24L01 boards for the 2.4GHz radio link.

After receiving the Arduino boards, the first thing was to load new Blink programs. This confirmed that they worked, and I could program them. The only issue was for some reason the Leonardo will only work as root. When it cam to connecting the the NRF modules to the Arduino, it was again the Leonardo that was proved to be more challenging. In addition to the power lines, the NRF's require five extra connections. Three of those connections are not available on the standard header, but are available on the ICSP header. As the remaining two connections can be assigned to any digital pin, it is possible to have all of the Leornardo's 12 analogue input pins free to use. This would make it possible to connect up all the controls on the radio, if needed.

The diagram below shows how the NRF boards were connected for initial testing. 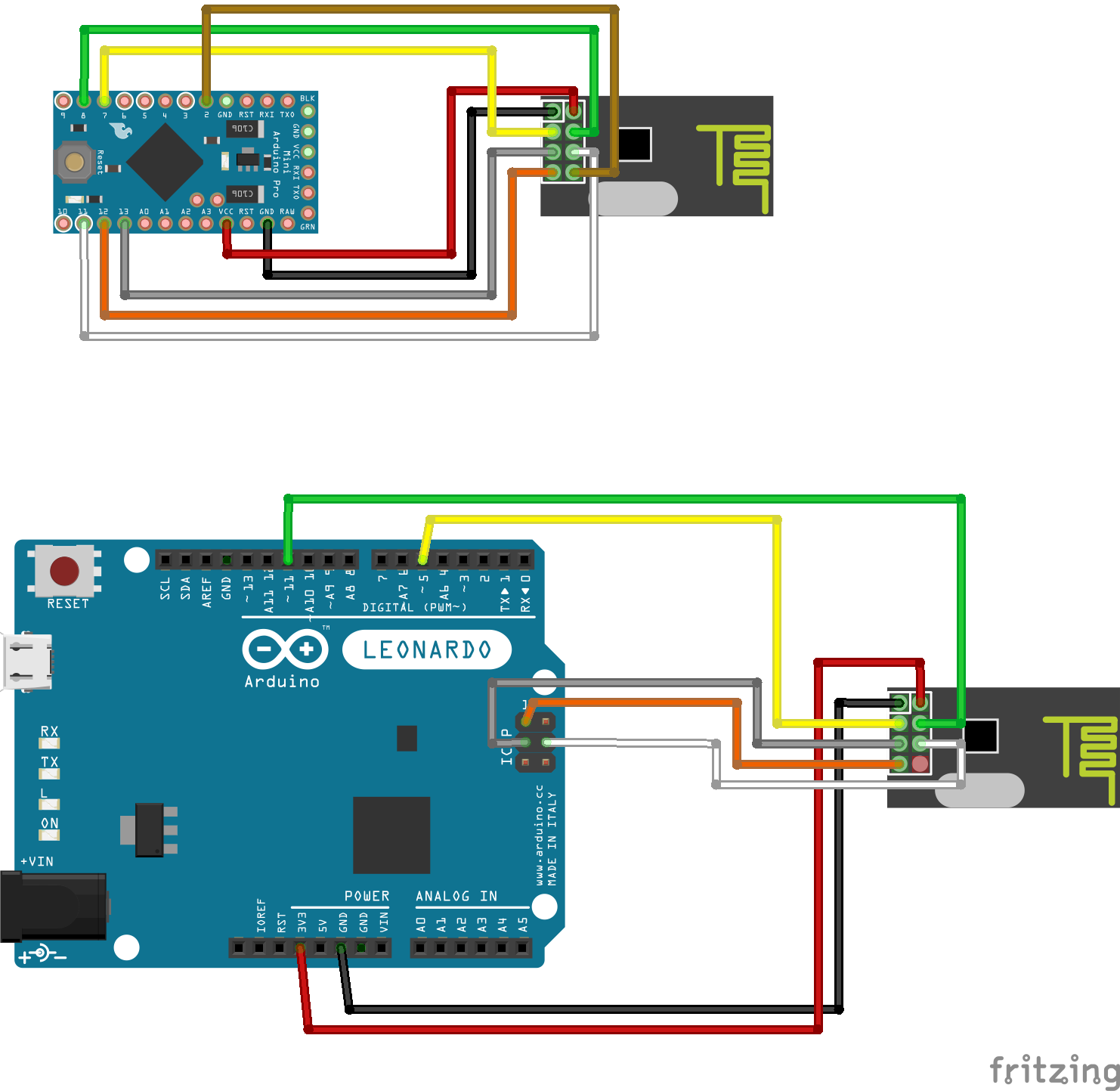 With this set-up, it has been possible to communicate between the boards from different locations in the house.

The YouTube videos that started this mentioned a specific library for the RF modules. For no good reason, for this test, the Radio Head library has been used.